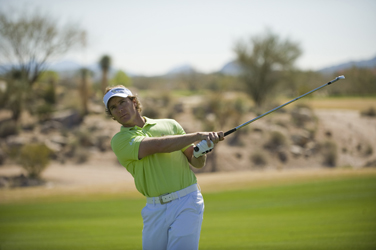 This shot sounds like a hand you see in poker. The flop goes down and you’re holding an open-face draw. In many ways it shares another thing in common in that this shot is a bit of a gamble. It flies against convention and takes instinct and trust to pull it off. Luckily, Jeff knows the tricks to do exactly that.

To amaze your playing partners and self by opening up the face but still managing to hit a flush draw despite this.

The loft of a mid-iron will give you the best results with this shot.

This is a trick from the locker of Ben Hogan no less. It’s fairly simple to set up but less simple for the mind to feel fully comfortable with what your doing, so confidence is a preference for the voyeur of what is known as ‘open-face draw’.

To begin with there’s a couple of fractional changes to your set-up position. The ball is a little bit more forward in your stance ñ just of your left instep (as a right-handed player) and I also want you to close your stance slightly.

Now I want you to open your clubface to the line you’re heading down.

Keep in mind, it's not a closed club face that causes a draw, but rather a club face that is "closing!" Ah...read that again! As long as your clubface is in "the process" of closing, it can still be open to the line of flight and curve the ball to the left.

Once the face is set open, feel the face closing hard in the downswing. Because the face was open at address, you will still deliver a good amount of loft to the ball at impact while bending it back to the left. This is important, as most intentional hooks will lose height as the clubface closes. With this little advanced trick, you will create a soft controlled draw, with extra height!

A hooking finish will have the right palm facing down to the turf.

To initially lose a few to the right. You have to close the face super hard in order to pull this off!

Get even more of the latest news and reviews from the world of golf, click here for the latest edition of Golf Punk Magazine! 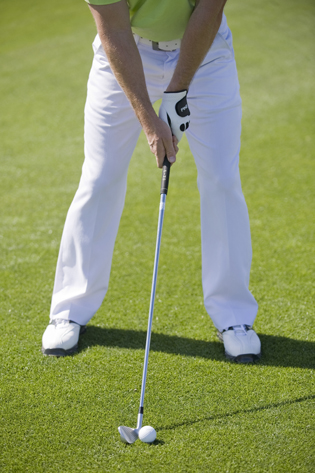 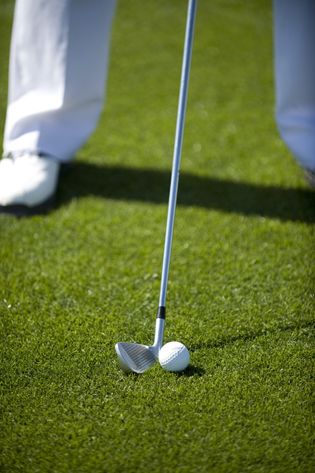 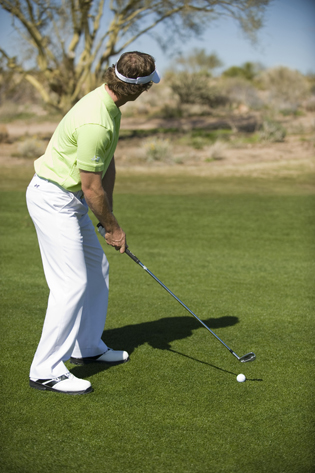 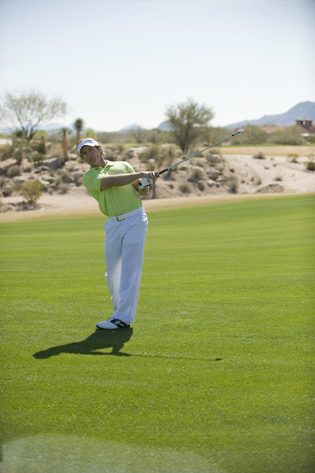 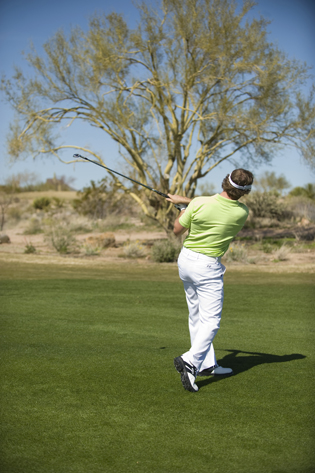 Improve Your Game: All the Gears, All the Ideas

I recall watching Tiger Woods practice at the Masters where, to the disappointment of the on looking crowd, he proceeded to make full swings with his driver only to hit the ball no more than 100 yards. He couldn’t have cared less about the distance, what he wanted to do was ‘feel’ the new position he was working on.

Improve Your Game: Back To The Action

Let’s focus on the good thing; you’ve found your ball. Alright the 100-yard march you’ve just made was littered with swearing and a minor diversion to pick up your flung club, but at least you’ve found it. Now we just have to get it into play. Two options:...